The History of Nissan

The Nissan Motor Company is a Japanese based automaker that produces vehicles world wide. It is currently the sixth largest automaker, only behind General Motors, Volkswagen, Toyota, Hyundai, and Ford. Nissan has marketed vehicles under a few names, including the Datsun brand name. In 1999 Nissan entered a two way alliance with Renault S.A. of France, which now owns 43.4% of Nissan while Nissan holds 15% of Renault shares. Today Nissan also produces a range of luxury models branded as Infiniti.

Nissan’s beginnings go all the way back to 1911 when Masujiro Hashimoto founded Kwaishinsha Motor Car Works. The company produced its first car three years later and called it the DAT. In fact the company was named ‘DAT Motorcar Co.’ in 1925. This company focused its efforts on the DAT and Datsun passenger trucks. In 1926 DAT Motors merged with itsuyo Motors to become DAT Automobile Manufacturing Co., Ltd. 1931 was the year of the first small car production for the company. In 1928, Yoshisuke Aikawa founded the holding company Nippon Sangyo. The name ‘Nissan’ originated during the 1930s as an abbreviation used on the Tokyo stock market for Nippon Sangyo. In 1930, Aikawa merged Tobata Casting’s automobile parts department with DAT Motors. As Tobata Casting was a Nissan company, this was the beginning of Nissan’s automobile manufacturing.

Nissan built trucks, airplanes, and engines for the Japanese military. The company’s main plant was moved to China after land there was captured by Japan. DAT had inherited Kubota’s chief designer, American engineer William R. Gorham. This, along with Aikawa’s inspiring 1908 visit to Detroit, was to greatly affect Nissan’s future. From 1934 Datsun began to build Austin Sevens under licence. Nissan began building Austin Sevens in 1930. In 1952 Nissan Motor Company of Japan entered into a legal agreement with Austin, for Nissan to assemble 2,000 Austins from imported partially assembled sets and sell them in Japan under the Austin trademark. The agreement called for Nissan to make all Austin parts locally within three years, a goal Nissan met. In 1967 Nissan introduced its new highly advanced four cylinder overhead cam Nissan L engine, which while similar to Mercedes-Benz OHC designs was a totally new engine designed by Nissan. This engine powered the new Datsun 510, which gained Nissan respect in the worldwide sedan market. By the 1950s Nissan had decided to expand into worldwide markets. Nissan management realized their Datsun small car line would fill an unmet need in markets such as Australia and the world’s largest car market, the United States. The company formed a U.S. subsidiary, Nissan Motor Corporation U.S.A., in 1959, headed by Yutaka Katayama.

From 1993 to 2002, Nissan partnered with Ford to market the Mercury Villager and the Nissan Quest. The two minivans were manufactured with all the same parts and were virtually identical aside from several cosmetic differences. Nissan brought out a new version of the Quest in 2004, which was designed in-house and no longer bore any relation to Ford’s models. In 1992, Nissan relaunched its Terrano four-wheel drive, which was cosmetically and mechanically identical to the Ford Maverick. In 1999, with Nissan facing severe financial difficulties, Nissan entered an alliance with Renault S.A. of France. The Renault-Nissan Alliance has evolved over years to Renault holding 44.3% of Nissan shares, while Nissan holds 15% of Renault shares. A new alliance to include both Daimler and Renault occurred in 2008. This triple alliance allows for the increased sharing of technology and development costs, encouraging global cooperation and mutual development.

Nissan has become a leader in safety technology, fuel efficient powertrains, as well as alternatively powered vehicles, such as the Leaf. Nissan Design America, (NDA) is a world-renowned design studio located in San Diego California, and is home to 60 of the fewer than 500 automotive designers in all of North America. The designers at NDA create vehicles specifically for the North America market. Nissan designers are responsible for the creation of the Altima, Maxima, Xterra, and Frontier, as well as the 370Z. NDA has been recognized as one of the world’s foremost creative design facilities and has won several prestigious awards from around the globe. 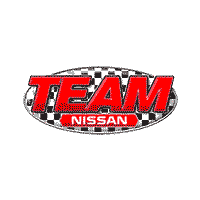